CREATURE FROM THE BLACK LAGOON - MODIFICATIONS


I have wondered for a long time why it is so dark at the pop bumpers area on the Creature From The Black lagoon. Almost every pinball machine I have played has some form of lighting in the pop bumpers, but not Creature From The Black lagoon. One explanation is that if one lamp fails, it is a lot of work to remove the ramps to change the lamp bulb. I have thought that it must be possible to modify this with lights in the pop bumpers. After a search on internet I got inspired when I read about the modifications that have been made by Kansas Pinball and Korn. A nice mod that I wanted to explore is to install LED's in the pop bumpers as Kansas Pinball´s version, instead of conventional #555 lamps. LED´s has a longer life time then #555 lamps and should not fail often which will reduce the amount of ramp removal, to replace a failed bulb.

After searching a while on the web I found a Swedish company Stylingwebben.se that sold an LED light with five light points which spreads the light in all directions and #555 socket, I chose a blue LED DLW5W03B. Also Pop Bumper Skirt in Teal colour is part of the modification. Original is red Pop Bumper Skirt installed. 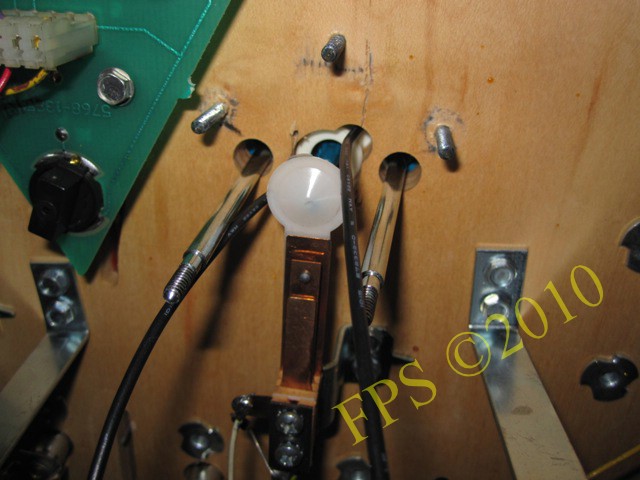 Here we see the lamp connector wires on the backside of the playfield, I use a Socket Wedgebase for Popbumper with Wires from P4P.no.

I use terminal strips and attach a resistor to each one 680 ohms 1/2 W to limit the power from the solenoid voltage (40V) which is used to power my 12V LED. 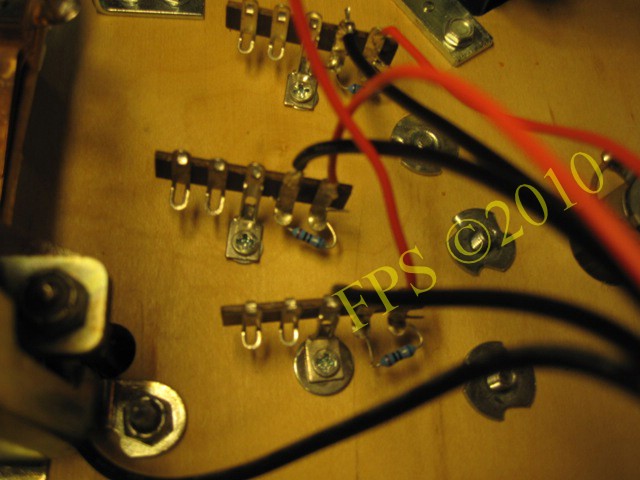 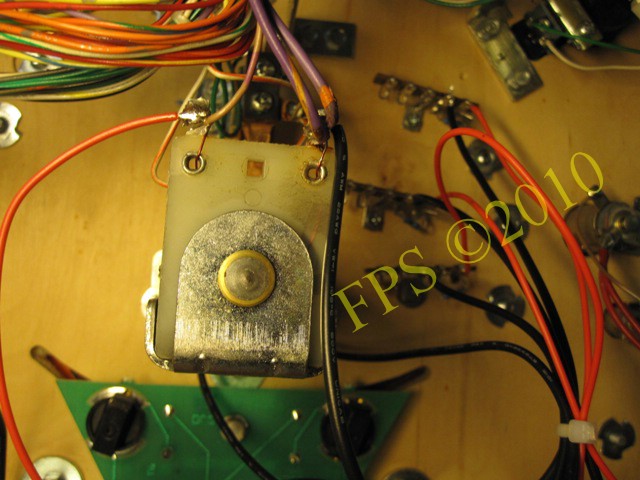 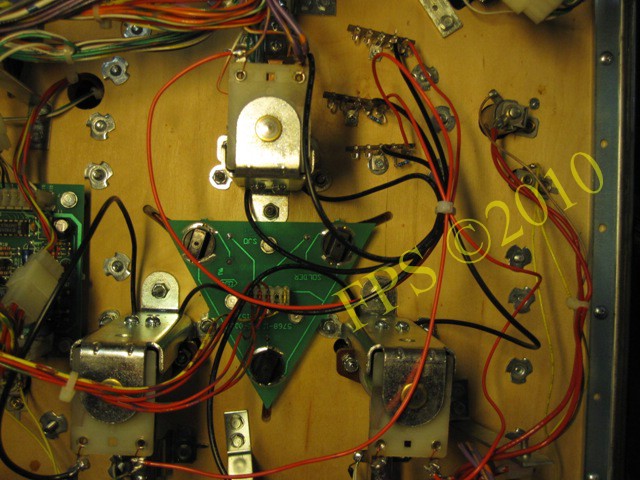 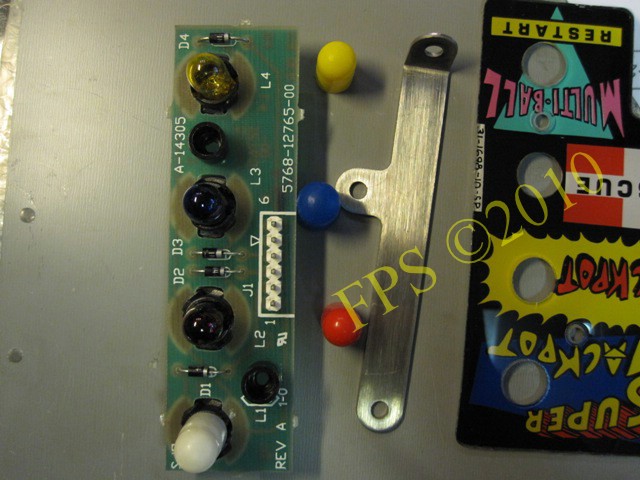 To enhance the effect of the lamp colours in the signs I use coloured #47 lamps. 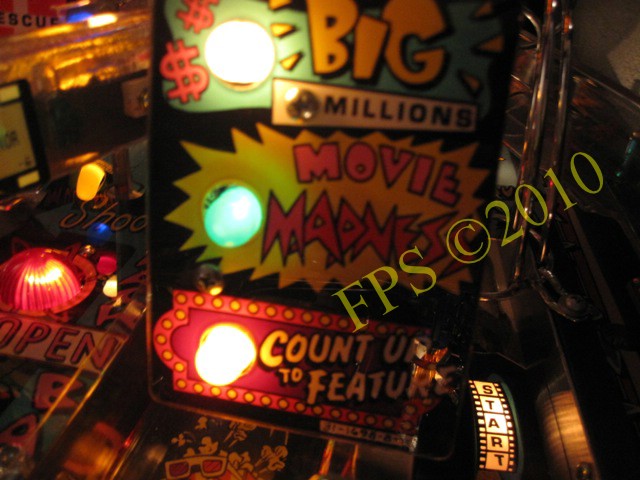 I use transparent glass paint to paint my #89 red and green flashers. This will give a nice green and red flash light. 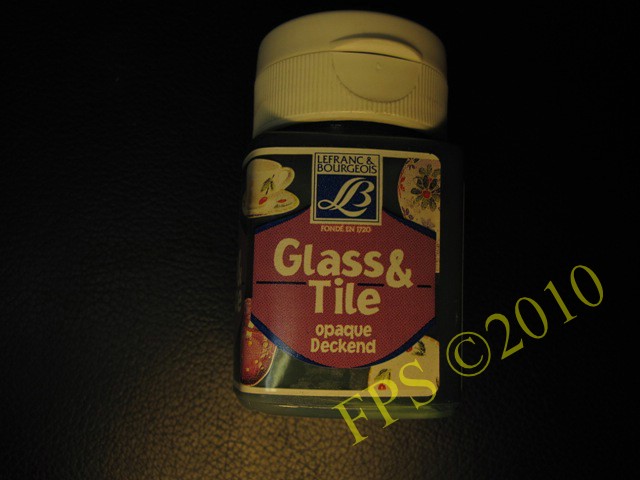 I use a paint designed for painting on glass of the mark Lefaranc & Bourgeois. The colour can also be hardened in 150 degrees for 30 minutes but I do not want to stop my hand-painted lamps in the oven and I do not think the paint will come off since they do not will have time to get hot. 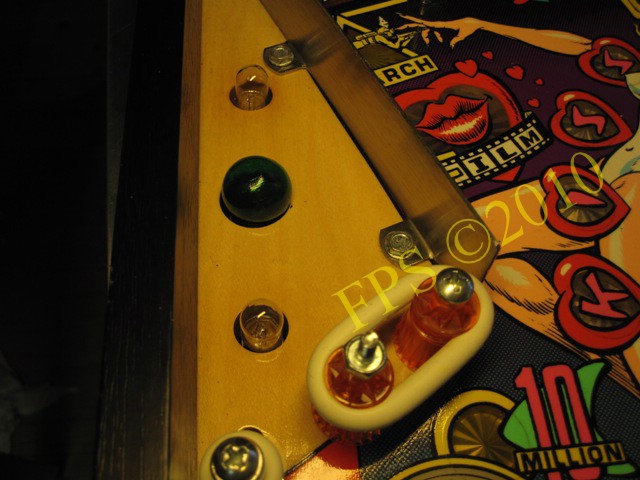 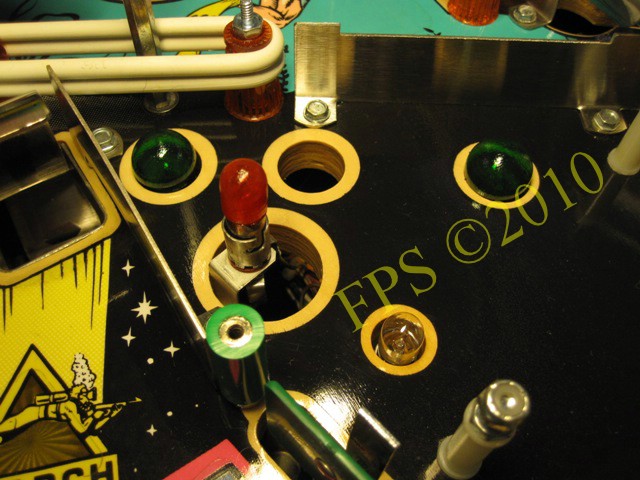 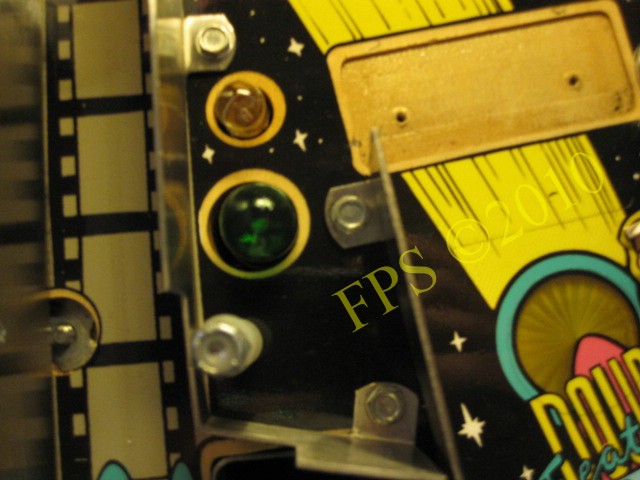 Click image above to see a video of green flasher modification. 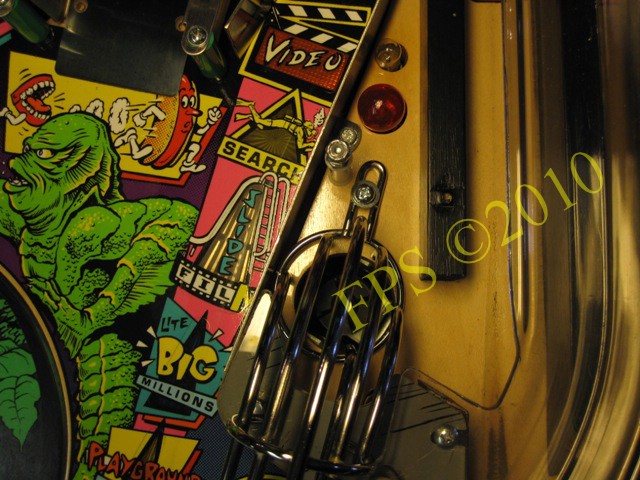 Click image above to see a video of red flasher modification.


To increase the effect of colour in the inserts I paint the lamps with the same colour as the inserts or use another colour to get a different effect, such as red light in KISS inserts, really cool.

Red and yellow #47 lamps for inserts at Hey Move Your Car! 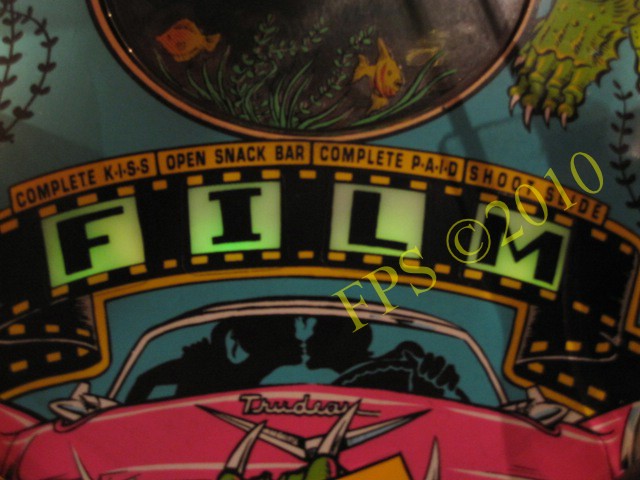 Click image above to see a movie that shows F-I-L-M lamps modification. 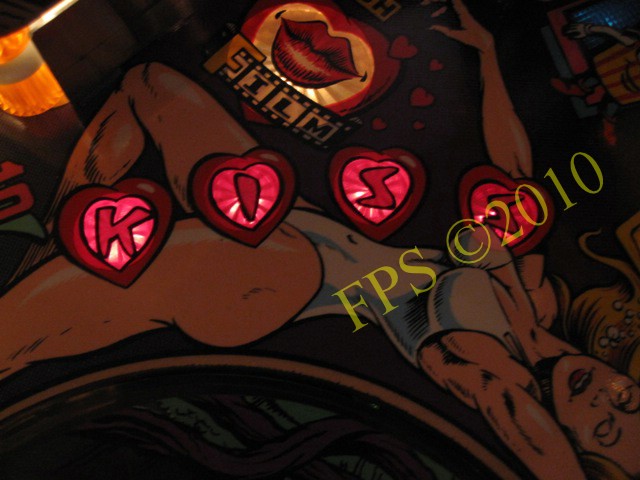 Click image above to see a movie that shows K-I-S-S lamps modification.

Click image above to see a comprehensive video of lamps modification. 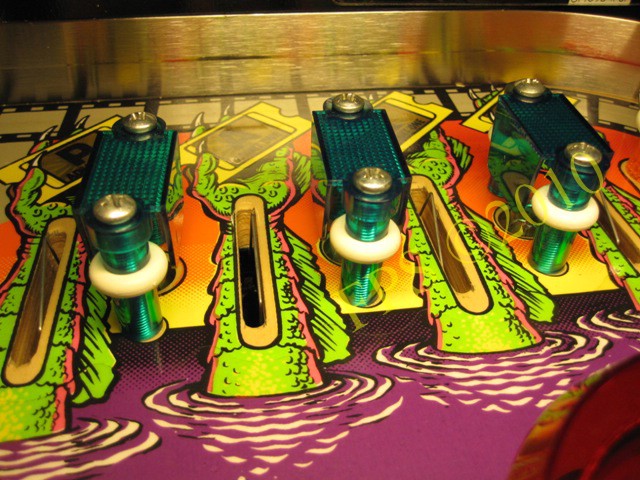 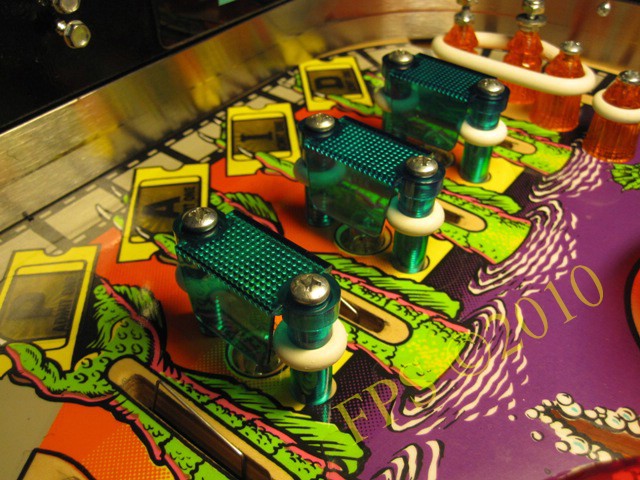 It was really neat with the Teal coloured lane guides instead of the original orange. 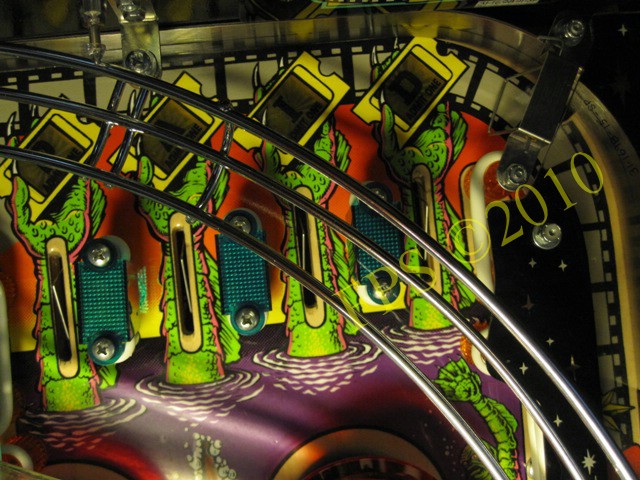 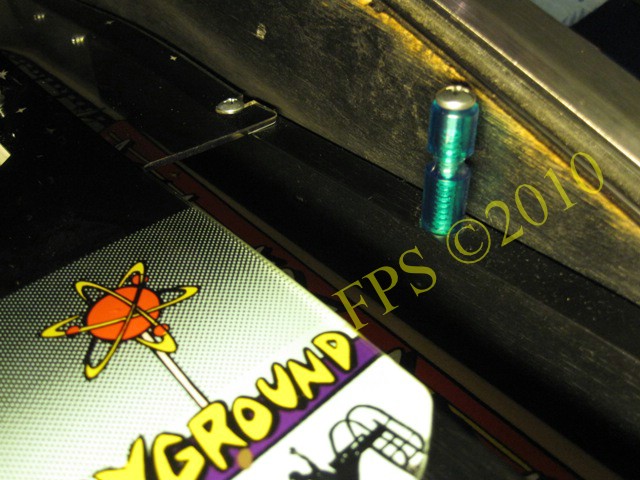 Replaced the orange post, which sits on the rail, to one in Teal colour to match the guide lanes. 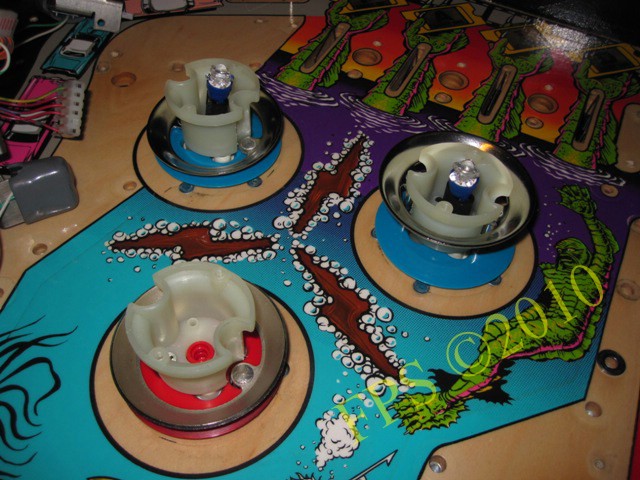 
I will use Teal coloured Bumper Caps instead of the original reds, picture will come soon!

Have You played A Pinball Today?